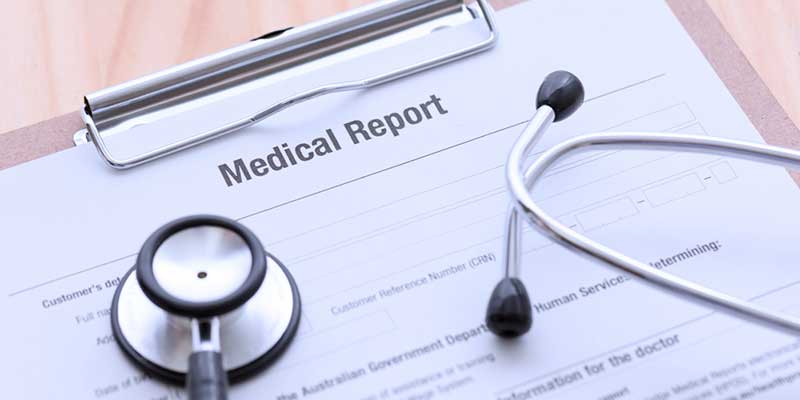 I have taken and defended countless doctor depositions over the last 17 years as a personal injury trial lawyer. Over and over, I see insurance defense attorneys use chiropractor reports during depositions to try to discredit the chiropractor, to argue that treatment was unnecessary, or to argue that honest patients are malingering. Below are five common ways I see insurance defense attorneys attack chiropractor reports, and what you can do to protect against them.

First, I have to get this off my chest, I just hate pain scales. Why, because the nature of pain is such that it can change daily. Patients have good days, patients have bad days. Thus, recording pain scales in the acute stage of a patient’s injury, when the patient is actively treating, can yield differing results. Differing results that an insurance defense lawyer will use at trial or deposition to cast doubt on the treatment.

Let me give you a real life example: My client started treatment after being hit by a car while in a crosswalk. Her chiropractor recorded her pain levels as follows:

The insurance defense attorney gave these pain scales to the defense medical doctor that they hired. When I took the defense doctor’s deposition, he testified that the epidural injection performed by the pain management doctor on May 31 was unnecessary because the patient’s pain was decreasing from May 14 through May 28. The insurance defense lawyer then used the defense doctor’s testimony to argue that the patient was a malingerer who received the epidural injections only to increase the value of his case.

Fortunately, I had a great chiropractor who explained the pain scales perfectly and gave me the evidence I needed to win a great settlement for my client.

But as you can see, using pain scales are risky because insurance defense attorneys and defense doctors can twist them anyway they like in front of a jury. To avoid this problem, just don’t use pain scales. It is as simple as that. If a patient complains of low back pain, just state exactly that in your report without listing a pain scale. This way, you will not give insurance companies facts they can twist.

2. Simple Typos Are Not So Simple

In the thousands of injury cases I have had over the years, only about ten percent have had medical records completely free of mistakes. The problem is that a small mistake or typo can have a big effect on a personal injury case. Why, because insurance defense lawyers hunt for mistakes and argue them as facts.

Let me give you a real life example: Right before Covid, I had a jury trial in the Los Angeles Superior Court in Alhambra. After several days of testimony, I gave my closing argument to the jury and sat down. The insurance defense lawyer got up and put a medical record on the projector for the jury to see. My client’s accident occurred in January 2015, however, the medical record shown to the jury said “patient in accident March 2015.” This was a simple mistake by the doctor, and the only medical record out of hundreds of pages, that had the wrong date. Nonetheless, the defense attorney looked the jury in the eye and argued that my client was involved in two accidents two months apart. He then tried to confuse the jury by arguing that my office failed to prove whether my client’s injuries were from the January accident or the “March” accident.

This was a simple mistake on the report, however, the insurance defense attorney argued it like it was a fact and used it to cast doubt among the jury. Fortunately, the jury was not foolish, but they could have been.

I always say, when it comes to reports, less is more. A lot of chiropractors go into a lot of detail as to the facts of how an accident happened. This is a problem because the front desk employee, who is usually the one writing it down, is in a hurry and does not always get the full story. Defense attorneys love it when they find mistaken facts in the report because under the law they can now introduce those facts to the jury and use it to discredit the patient.

Let me give you an example: After my client was T-boned at an intersection, he went to a chiropractor and said that his light had been green for “at least 2 minutes” before he actually entered the intersection. The chiropractor wrote this in the history section of her report. The insurance defense lawyer gave the chiropractor’s report to their accident reconstructionist expert who went to the intersection and calculated that the light at the intersection in question only remained green for 36 seconds before it turned yellow. The defense lawyer then used my client’s statement in the report to argue that his light must have been red at the time my client entered the intersection because it was impossible for it to have been green for two minutes. (The reality is that people often misspeak especially when it relates to estimates of time).

Chiropractors can easily avoid locking down inaccurate facts by not mentioning them in their reports. All the chiropractor in the example above had to mention in her report was “client was t-boned at an intersection” That is all. Remember, when it comes to writing reports, less is more!

A lot of reports have identical examination, assessment, and plan sections for each re-evaluation or visit. Insurance defense lawyers love when they see a report like this because they can put it in front of a jury and “suggest” that the re-examinations never happened. They argue that if they did, something would be different.

In order to avoid this problem, it is important to record all patient improvement, even if it is minor.

Injury lawyers like myself just don’t like the word chronic because in the eyes of a jury the word “chronic” is understood to mean “pre-existing.” This did not happened to me, however, a fellow trial lawyer told me that once an insurance defense lawyer put a chiro report in front of the jury which said “pain is chronic.” The lawyer then showed the jury the Oxford English definition of “Chronic” which is: “An illness persisting for a long time and constantly recurring.”

The insurance defense lawyer then argued that the patient had been suffering from back pain for a long time before the accident and that it recently recurred and that because it was chronic, it was not caused by the accident. The lawyer told me he lost that trial on the issue of whether the accident caused the injuries. Thus, I strongly urge you to avoid using the word chronic, unless your real intention is to actually say that the pain was pre-existing.

Get Your Case Evaluated Now