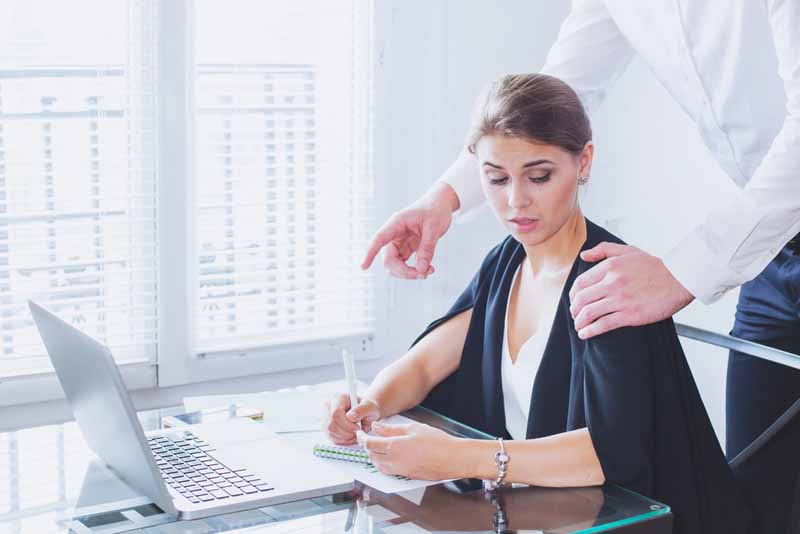 Sexual harassment in the workplace is an embarrassing experience for most sexually-harassed victims. This is one of the reasons why they don’t want to talk about it and keep it to themselves. Besides, these unwanted advances affect the victim’ mentally and emotionally. It can also affect his or her work performance.  As long as Big Ben Lawyers is here, we’ll protect your rights and help you seek justice from the person or people who have done you wrong.

What is Sexual Harassment?

Sexual harassment in the workplace in California is an act or succession of acts encompassing undesirable sexual advances, desire, or request for a sexual favor. It also refers to other articulated or physical behavior involving a colleague or employers. Additionally, it involves those who work in the health care and education industry among others.

The state has set in place some of the broadest legislation against sexual harassment. The California Fair Employment and Housing Act, including other state rules, safeguard employees and workers from secretive and obvious sexual harassment in the workplace. It needs immediate measures against the offender and help for the victim. 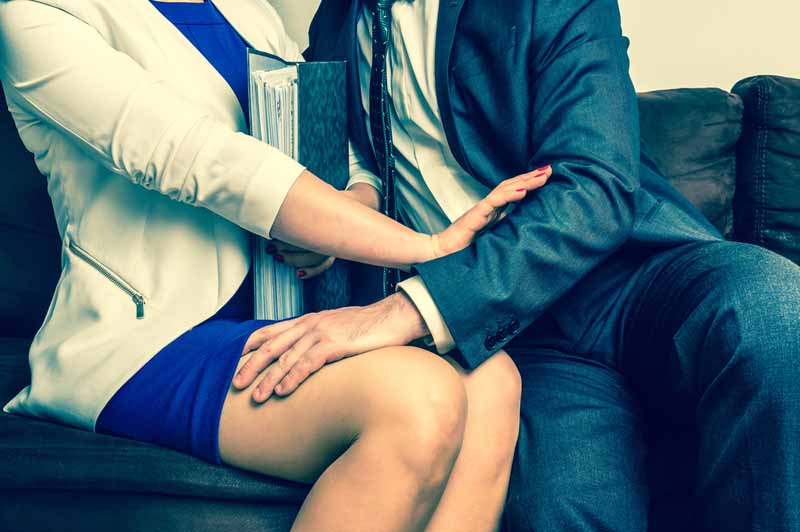 What Counts as Sexual Harassment?

Some acts of sexual harassment are undistinguishable and it can be hard to identify if they establish this crime. When you’re in doubt, speak with a knowledgeable sexual harassment lawyer at Big Ben Lawyers to confirm.

This is generally considered the most evident form of sexual harassment. Physical stroking can be more disgusting than simple words or verbal assault. Consequently, it’s more possible that the court will find unlawful sexual harassment has happened if there’s physical touching.

These types of comments may be focused on females in the workplace or toward a particular individual. It could be malicious jokes, insults, or any type of verbal abuse. Comments alone, devoid of physical touch, might be enough to represent sexual harassment. The statements don’t have to be “scornful,” but if they are vulgar or obscene, then it’s possible for the victim to file a valid claim for sexual harassment.

In a workplace, there is always competition between employees. Some people with higher positions take advantage of it by favoring those employees who would have sex with them in exchange for good standing at work, such as a promotion or a raise. Unfortunately, those employees who won’t agree with their supervisor or manager’s desire, remain at the bottom and sometimes get laid off.

These kinds of intentions are regarded as verbal forms of sexual coercion. This can be a sufficient ground for the victim to bring a case against the offender.

Proposals are reasonably normal in every workplace. For instance, a co-worker asked another co-worker if they could go on a date. However, things become different if the supervisor or the manager was the one who proposed the date. There may be a reasonable claim of unwanted sexual advances if the employee or worker gets punishment for sexual advance refusal.

California laws prohibit intrusive and unwanted sexual advances. Such acts can be verbal or written, sent through text messages or email. When these are repetitively done, severe, or persistent, they are regarded as sexual harassment.

This form of sexual harassment usually happens when compliance with unwanted sexual exploitations or requests for sexual favors is established on an employment condition or taking advantage of employment opportunities.

Initiating a case against the person who sexually harassed you will give you security, peace of mind, and freedom in your workplace. The law will punish the harasser and make him pay for his acts of lasciviousness. Before getting compensation, you need to fulfill the following requirements:

Damages You Can Recover from Unwanted Sexual Advances

No two sexual harassment case is the same, and the type and amount of damage or compensation they can recover depend on the specifics of the victims’ cases. Recoverable damages may include:

Hiring the Right Sexual Harassment Lawyer to Handle Your Case

To some, experiencing sexual harassment in the workplace is truly embarrassing. However, you need to come out and let other people help you protect your rights.

Big Ben Lawyers can make a big difference in your case. We understand that undesired sexual harassment in the workplace can compromise your emotional and mental well-being. It doesn’t matter what’s your gender, we’ll protect your identity and help you file a case against the person who caused you harm or sexual harassment.

Contact Big Ben Lawyers today and we’ll make the offender pay for his or her mischief. Call (818) 423-4878 for a free evaluation of your case. We work on a contingency basis.

Latest From Our Blog